In this subproject of the NCCR Quantum Science and Technology (QSIT) the expertise in the respective fields of the participating PIs is combined to explore novel hybrid quantum systems in joint interdisciplinary projects. One major goal is to combine the long coherence times available in microscopic quantum systems with the strong interactions and high level of integration available in solid-state systems to explore new approaches to quantum information processing (QIP). Equally important is the development and exploration of new quantum control and measurement technologies, which exploit techniques originally developed in a specific field.

This subproject focuses on the use of microwave-frequency photons in quasi one-dimensional transmission-line resonators to mediate strong coupling between dissimilar quantum systems such as superconducting qubits, quantum dots, nitrogen-vacancy centers, Rydberg atoms and individual molecules. The strong coupling is used to manipulate and detect quantum states of individual quantum systems using on-chip solid-state microwave electronics. Making use of the large vacuum fields generated by individual photons in such circuits, approaches to realize coherent coupling between single photons and ensembles or individual systems is explored. This coupling is exploited to realize quantum coherent interfaces between specific quantum systems and microwave photons. Such interfaces are then used to coherently couple different quantum systems and to make use of their specific coherence properties either for storing quantum information or for efficiently manipulating it. 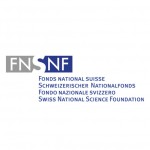